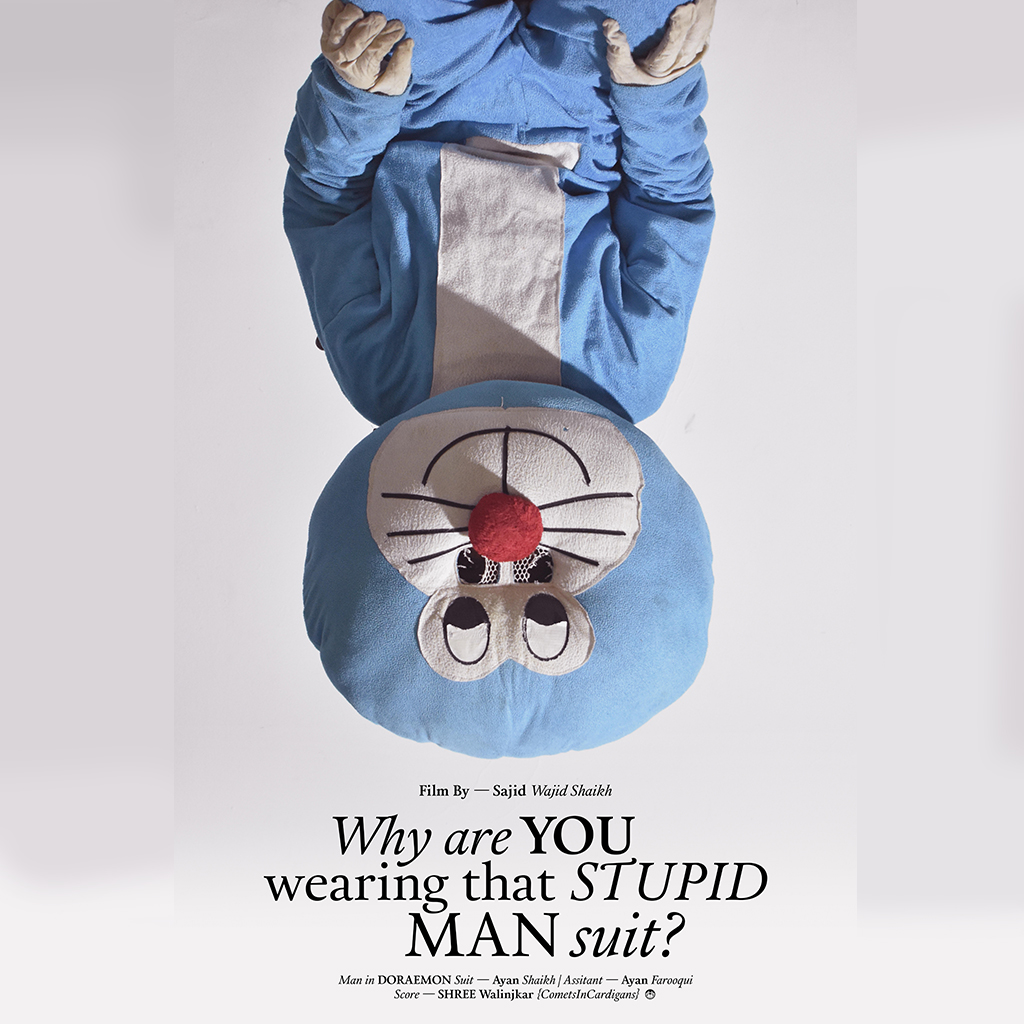 WHY ARE YOU WEARING THAT STUPID MAN SUIT?

Sajid Wajid is a visual artist from Mumbai.

‘Why are you wearing this stupid man suit’ is based on Ego psychology, a school of psychoanalysis rooted in Sigmund Freud’s structural id-ego-superego model of the mind. An individual interacts with the external world as well as responds to internal forces.

The film’s protagonist is an 18 year old from Aurangabad who dresses up as Doraemon in weddings to entertain kids, and was earning a decent living for himself until the pandemic hit. Now he is finding it difficult to make ends meet,  causing an internal and external struggle.

Various symbolisms are borrowed from Doraemon, a Japanese manga series written and illustrated by Fujiko F. Fujio,
For example:  “Anywhere Door”, a pink-colored door that allows people to travel according to the thoughts of the person who turns the knob (the knob of which is missing in the film and is found at the end).

The viewer is invited to dissect the film’s narrative. The film is open to interpretations and needs multiple views to be read.