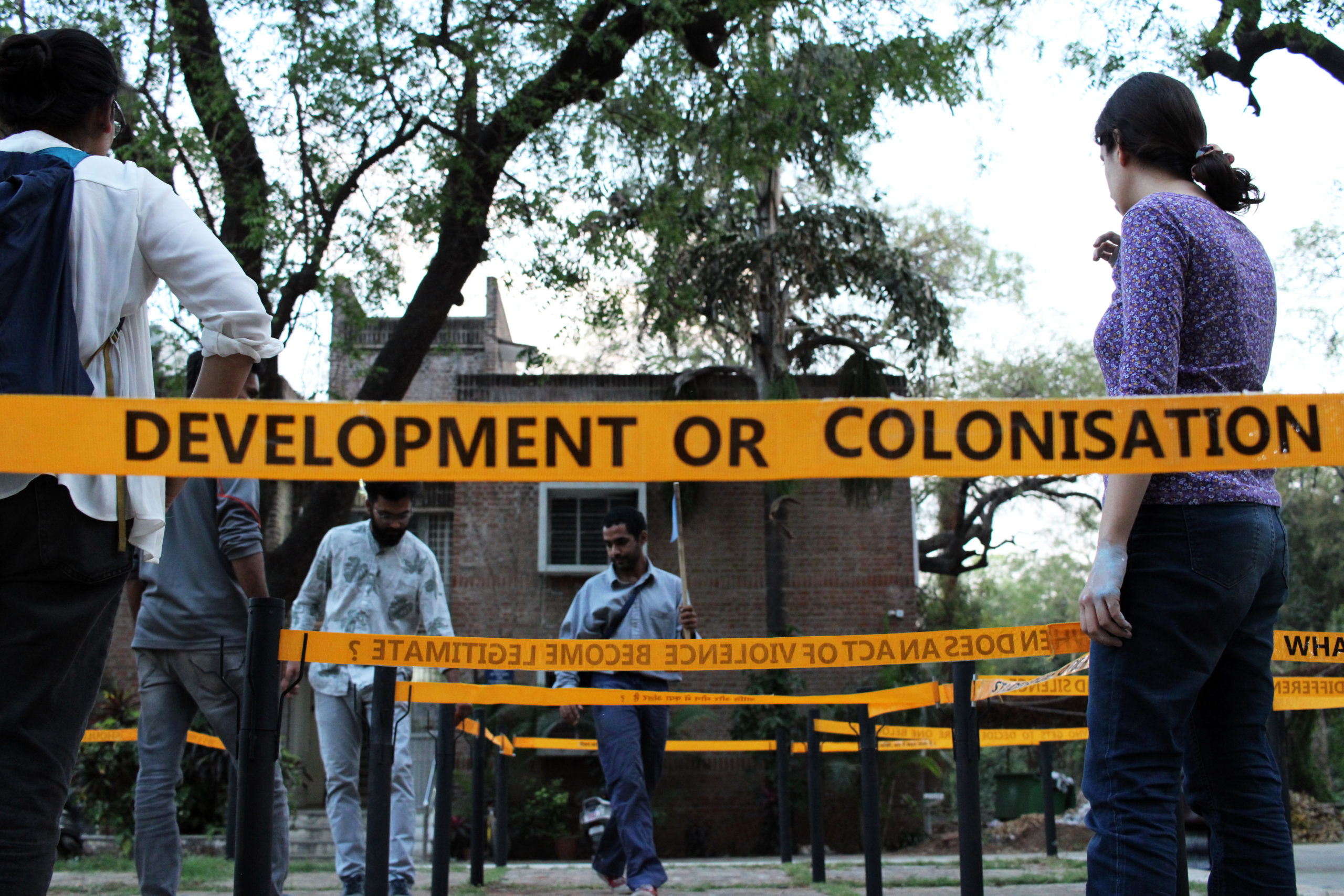 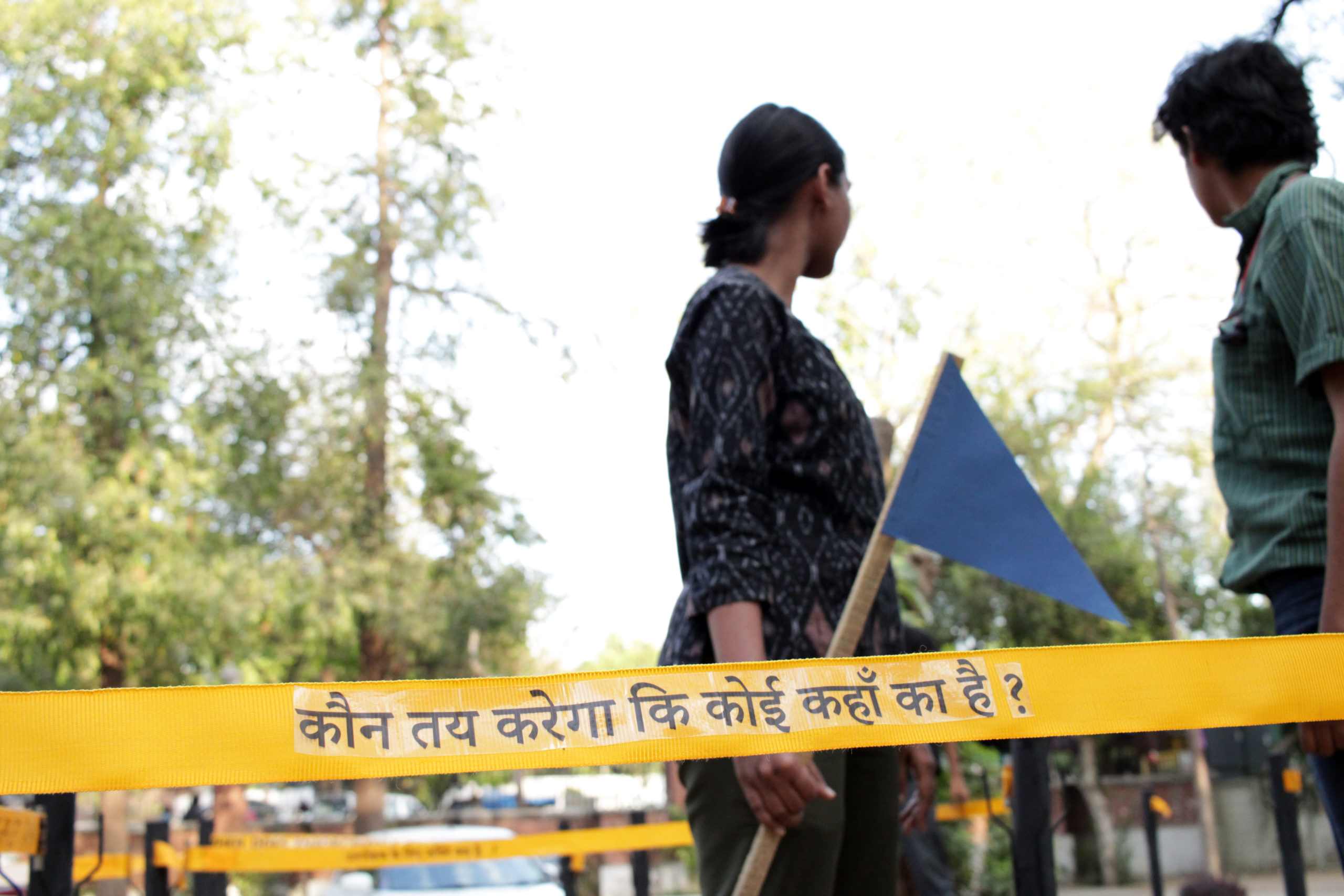 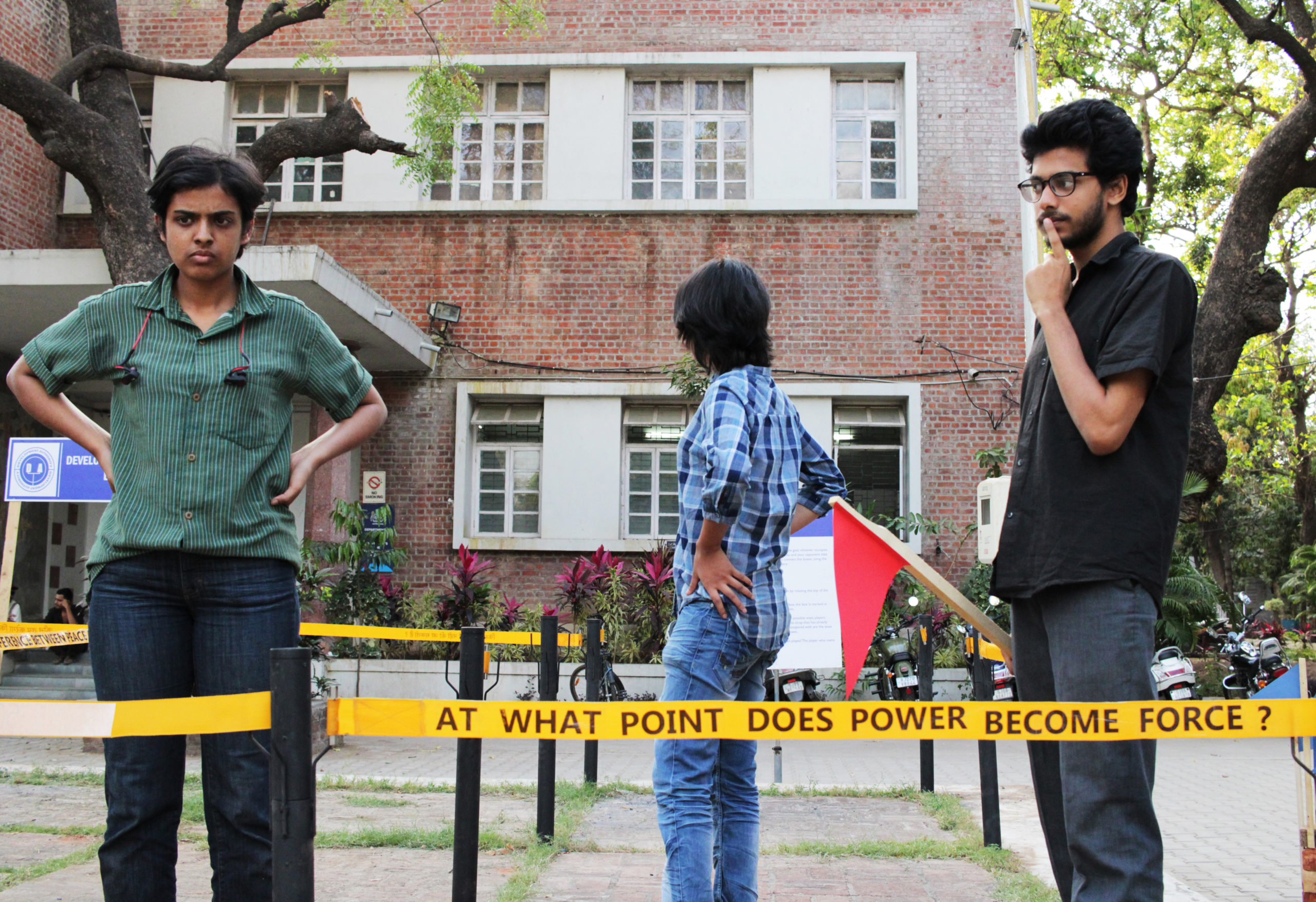 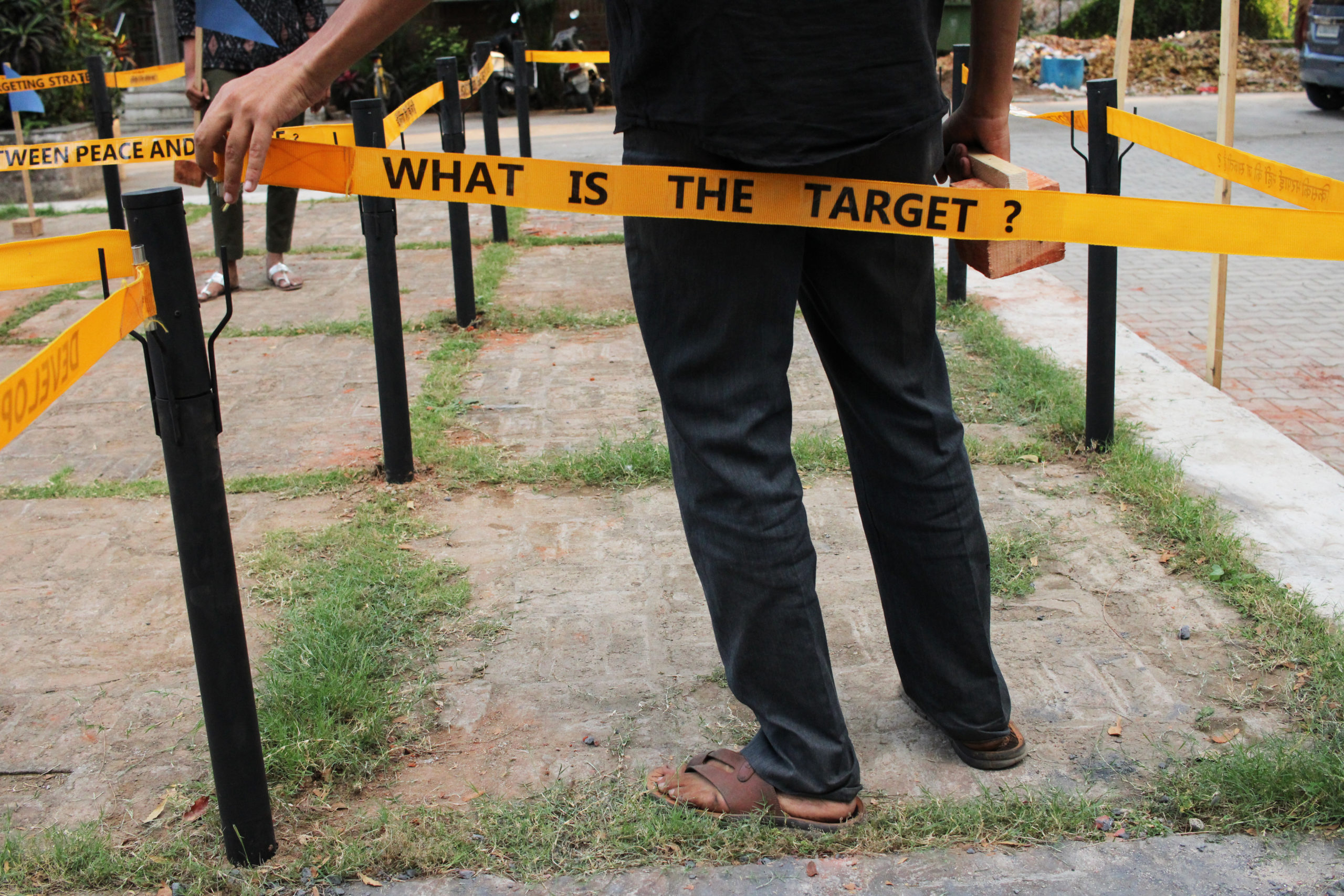 Social systems are interconnected networks of social arrangements and relationships that form a collective unit. We as members of society always participate in a range of different social systems- workplace, schools, universities, departments, corporations, a family unit being the complex interlocking social systems.

Similarly, Games are another form of a social system, a play-given structure.
In a social system, the values and the structure are held via norms, whereas in a game it is narrowed down via rules and objectives. In a game, rules are to observe and targets to achieve.

“Development” is a physical game based on a pen and paper game by French mathematician Eduard Lucas. By occupying land to gain power through an act of play, the game tries to look into the idea of property ownership, accessibility, and segregation. The game attempt to raise questions on freedom of movement, the authority of space, and different forms of violence through interactive participation and strategy making.

The game, set as a performance in the faculty. At the time of the year when questions on one’s citizenship and identity were raised all around the country. The game became a tool to exercise dissent. To negotiate space when censorship is exercised by the institution on areas that seemed provocative and shouldn’t be discussed in an academic space according to the institutional guidelines.”
Citation: Encounters- Oshin thakkar, 2018